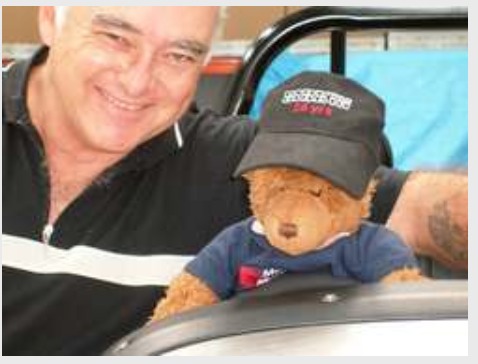 Birkin Cars has been an international icon since 1983. A company entrenched with a deep motorsport history and rich lineage that captured the imagination of thousands of sports car purists around the globe. After a brief spell in the Australasian market, Birkin Cars is back. Birkin Australia speaks exclusively to the founder of Birkin Cars, John Watson, on a number of topics including the re-entry of Birkin into the Australasian Market.

John, can you give our readers a brief background into who is John Watson?

Born in Wales, son of a Veterinary Surgeon, I was four months old when my parents emigrated to Rhodesia (now Zimbabwe) where I grew up. I completed my schooling at St Georges College and after three years in the Rhodesian special forces, went on to study engineering at the Technicon in Salisbury. From an early age, I had a passion for sports and racing cars and in particular the Lotus Seven. During military service I was fortunate to find a dilapidated Lotus 7 S2 which needed total restoration and became a project that consumed what little time I had away from army duties.

Can you tell us where and how you drew your inspiration for the production of the Birkin S3?

In 1978 political change in Rhodesia / Zimbabwe was imminent. The undesirability of my military background and severe leg wounds received during call up operations, prompted a sudden requirement to move to safer pastures. I was very fortunate to be transferred by my civilian employers to a position in South Africa. The bad news was that Rhodesian emigration laws limited emigrants to one vehicle only and my project Lotus 7 had to be left behind in preference to our family car. After no time at all, a hankering to have another “7” led me to search for a replacement which included the possibility of importing a Caterham replica. Prohibitive import duties (around 110 %) destroyed that option and led to my approaching Graham Nearn (Caterham) with a proposal to build the Caterham in South Africa. To cut a long story short my suggestion and I were very politely despatched to the archives of Caterham time wasters. My determination to have a car provoked an obsession. Being armed with every book I could find on Lotus 7’s and with much encouragement from family and friends, I set about building my own.

What was your vision for Birkin Cars when you set the business up in South Africa in 1982?

I didn’t have one; it was a case of a hobby turning into a business without ever being the original intention. As my project progressed, “the one car for me aspiration” multiplied and became two, mine and another for a friend, then three, then four as the word spread and more and more “7” desirees surfaced to share the obsession. Before I knew it, I was building to order and the business evolved rapidly as the potential of the opportunity revealed itself.

Can you give us an insight into how you came to choose the name Birkin?

I was named John “Birkin” Watson, my father’s choice of name inspired by his passion for motor racing and admiration for Sir Henry “Tim” Birkin a distant relative. When the business needed to be named I had no idea what to call it and it was my mothers suggestion that “Birkin” would be most suitable considering its British heritage and the family connection.

The 80’s was an exciting time for Birkin Cars with booming markets in the US and Japan. Are these times achievable again?

I believe so. The industry has gained credibility the over the years and quality classic reproductions have gained strong a foothold in the market place. Consumers have become more knowledgeable and can differentiate between well-made reproductions and the plastic bodied look alikes masquerading on VW beetle chassis, which have been the “kit car” perception in the past.

We have significant competitive advantages in the market place; we enjoy strong brand recognition and our production facilities in South Africa are well established providing us with a very cost effective manufacturing base. Manufacturing costs, particularly in Britain and Europe have increased dramatically in recent years resulting in the demise of several low volume car manufacturers. Our competition face continually rising costs with subsequent price increases; a significant drop in sales volumes is inevitably the result. This places Birkin in a very strong position to take advantage of the void that is emerging and I see it as an excellent opportunity to substantially increase our market share. I believe that with some aggressive marketing we have a very good chance of exceeding our achievements of the 80’s.

Establishing a Sports Car Legend like the Birkin S3 from scratch is an admirable achievement but what has been your biggest hurdle since starting the company?

Probably our growth rate out pacing resources has been the most challenging aspect of the business over the years. The constant requirement for development and product improvement to keep up with industry and environmental legislation changes is another.

The evolving technology within the automotive sector has seen significant changes in the technology used within kit cars. Do you feel that the kit car industry is getting away from what brought people to the industry in the past?

No I don’t think so. If anything the industry offers a very much wider variety of products providing a customer choice ranging from basic low cost DIY kits to some very exotic top end reproductions many of which are superior to some main line brands. The industry has something for everyone and has a growing following of customers wanting something different.

Essentially we are in the business of selling fun, an experience, a lifestyle, and the Birkin is an exhilarating product in an affordable price range. The professional sales and product support infrastructure established by the Birkin Australia dealer network, completes the platform for an exciting launch into the Australian market.

What is your vision for Birkin Cars in the future?

We are planning an established network of partners in target market countries moulded in the image of Birkin Australia to provide brand consistency and continuity. We also envisage a carefully selected complimentary range of vehicle products and merchandise to fully utilise our production capacity and enhance our brand image. Motorsport figures highly in our future…..

What would you most like Birkin Cars to be remembered for?
It would be nice to think we have established a family of friends who share our enthusiasm and pride in a top quality reproduction of Colin Chapman’s legendary creation.
We will strive for Birkin to be remembered as the manufacturer of the best Lotus 7 Reproduction ever produced.